My Favourite Animal Encounters From Around the Globe

Here’s a trivial and subjective list of some of the encounters I’ve had with wild animals that have, for widely different reasons, stayed in a special place in my memory. They’re in no meaningful order.

From within a whirling, squawking cloud of seagulls, we saw a strangely captivating bird soar past. An albatross isn’t far off being just a big gull, yet somehow they have far more grace and beauty. It was a real surprise and it was breathtaking to watch. 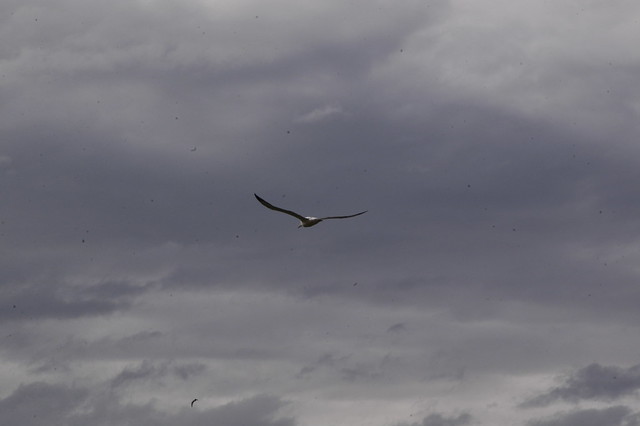 See more pics in my Flickr album, Otago and the East Coast.

It was a relatively small one, a female about 8-9m in length, and we were surrounded by boatloads of tourists, each queuing for the next turn in the water. But to swim alongside her, watching her languid movement, all the distraction disappeared and for a brief time we felt like we were accompanying this graceful giant on her journey. 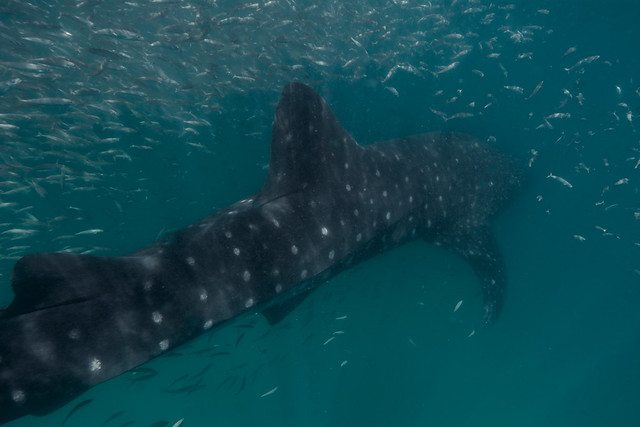 We had hoped to see one for months but heard of no sightings. Then our mechanic spotted a sloth crossing the dirt track beside our place, as he walked home at night. We didn’t have to rush, it wasn’t going anywhere fast. After we had been with it for a while, our friend Marc gave it a branch to cling to and carried the poor, slow animal to safety. 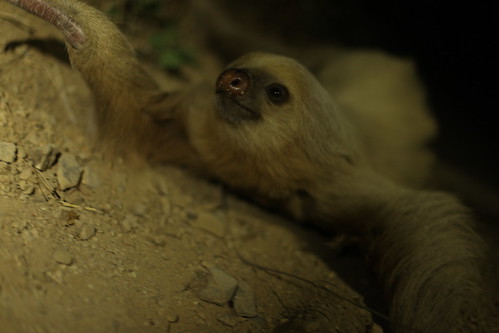 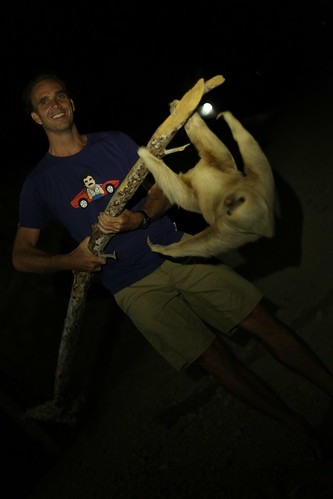 In the very southeastern corner of South Island, there’s a petrified forest on a shelf jutting into the wild sea. There, every day, members of this rare species of penguin waddle back from the waves, clambering over fossilised trees, to swap places with their partners and feed their young. And within a few hundred metres of that spot we also saw a pod of rare Hector’s dolphins, and almost ran over a seal. 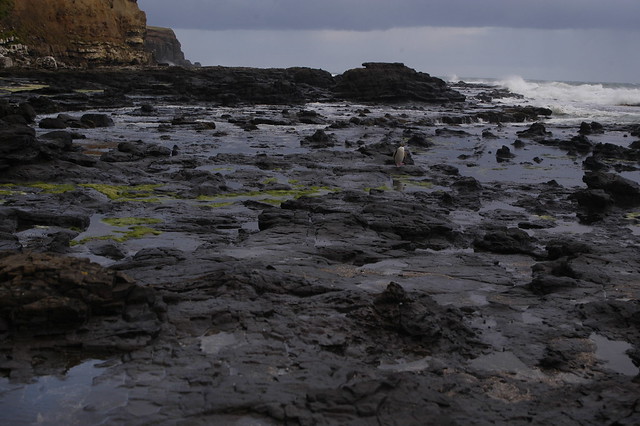 We had male lions, with their vast manes and strong bodies, so close to our car windows we could have stroked them. But the females impressed me more. They looked like they were calculating, focused – not just bored like the males. And the females walked with an elegant, almost menacing, purpose and composure.

It was hard to pick a favourite from our safari in Africa. In the five days in Pilansberg National Park alone, we came close to elephants, giraffes, crocodiles, hippos, zebras, a vine snake, an eagle owl, and so much more. 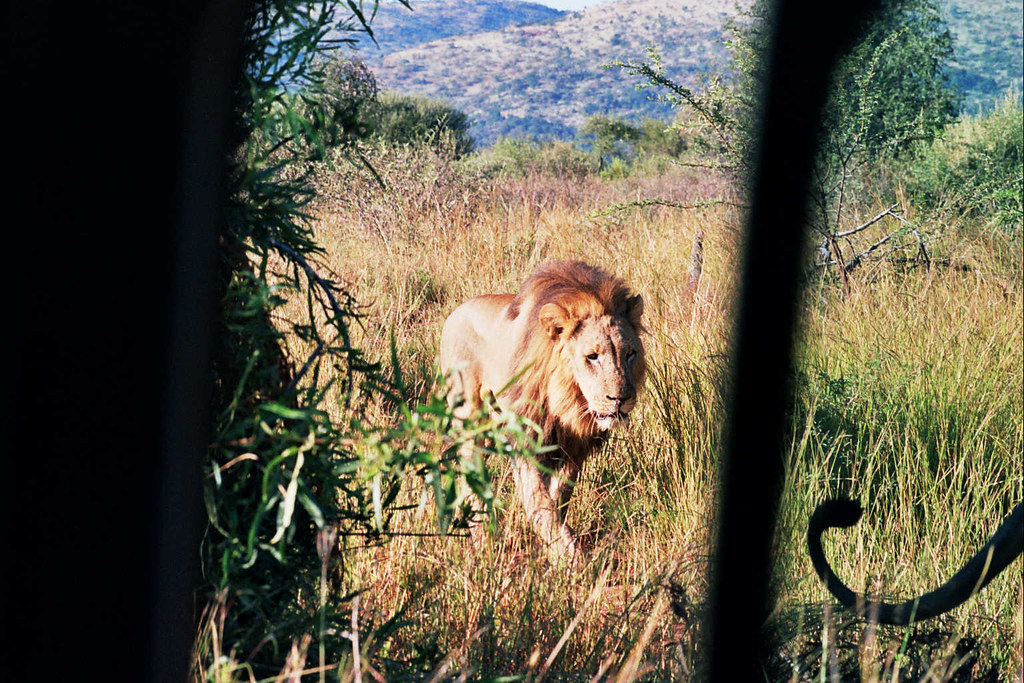 Photo shows the first lion encounter, with the big males right beside our open windows.

To nod to another great encounter on that safari, the first time we ran into elephants was exhilarating. My cousin Bryan was at the wheel of our big Mercedes people carrier, with his soon-to-be-wife Venessa in the passenger seat. Bryan followed his instincts after seeing the park rangers on the move, and got to the elephants before anyone else, just as he had done with the first lions we saw. But the big elephant in the grass near us came out into the road and walked straight at us, pushing us hundreds of metres back down the road in reverse, stuck at the head of a queue of other vehicles who refused to move until the last second. The elephant was practically on top of the bonnet. Doing a little calculation in my head, I figured that both fully loaded people carriers in our group weighed less in total than the one animal, who could easily roll us over. We were giggling for many minutes after that one. 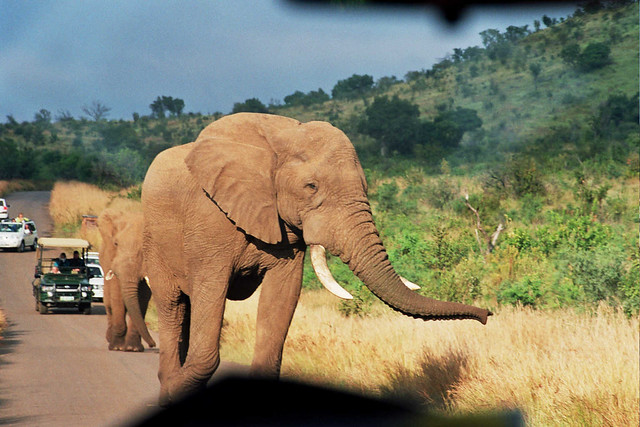 Elephant through the windscreen

The first one we saw was a female, shuffling slowly across the beach just after building a nest there. It was dark and the beach was full of poachers, so we were already nervous when she surprised us. As her flippers clawed away at the sand, I was reminded of something that makes wild encounters so much better than the TV. It’s the other senses that are involved: you can hear and smell, maybe touch the animals.

After helping to rescue turtle eggs and release some hatchlings, when then saw turtles a few more times at different sites, and eventually snorkelled with one near Tulum in México. 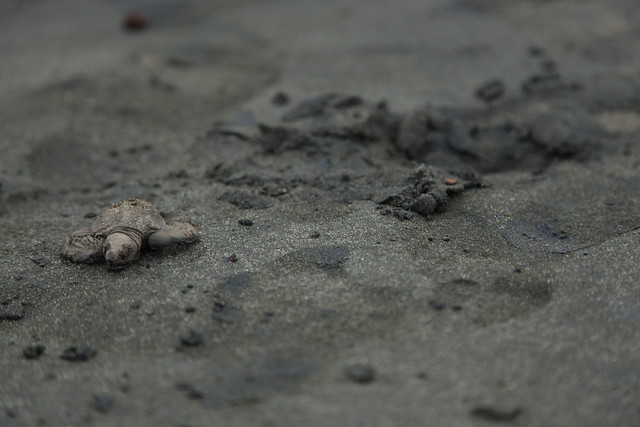 We got the whole package. We were lucky enough to get a guide that was even more enthusiastic about his jungle home than we were to visit it, plus a great little group to explore with. So seeing the orangutans was the topping to three adventurous days in the jungle. Among several prolonged sightings, we watched an old male building his nest for the night, and we saw a mother with a new-born and an older son. 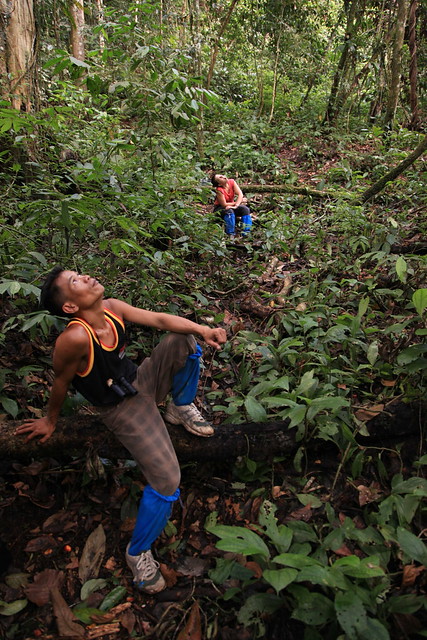 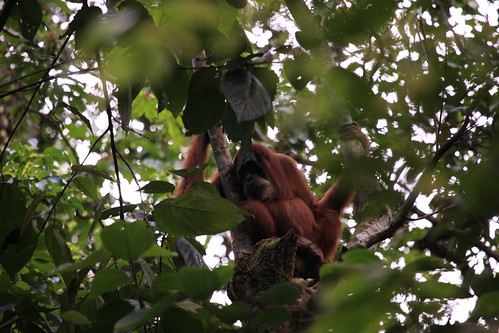 See more pics in my Flickr album, Indonesia, or watch videos of us with the orangutans in my film InDonesia 2013 – A Travel Journal Through Bali, Lombok, Komodo and Sumatra.

It was a brief encounter. We had been warned that we might not see any mantas at “Manta Point”, in spite of the name. But we jumped in with snorkels and masks anyway. And immediately, there they were. A few mantas flew beneath us, perhaps 8-10m down. At the time I didn’t know how to freedive that deep but now I would have got a lot closer. Still, they were mothereffing manta rays!

Watch some GoPro footage of swimming with manta rays in the video above, or see pics from the surrounding area in my Flickr album, Indonesia.